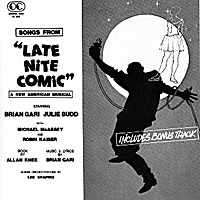 Late Nite Comic
In 1987 Brian's first Broadway musical debuted. This is a studio recording that includes Julie Budd, Robin Kaiser, original cast member Michael McAssey and Brian himself. It includes all the cut songs plus a new song called Late Nite Saga written when the show closed.
click here for MP3 only availability of this out of print recording! 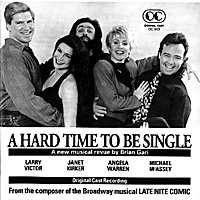 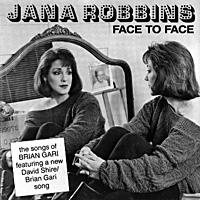 Jana Robbins--Face To Face
Jana and Brian met when she was starring in Gypsy on Broadway. Brian wrote all the songs including one with David Shire and another with Lesley Gore.
click here to hear samples & order

Larry Victor--Our Time Will Soon Go By
Larry was an actor and singer from Brian's A HARD TIME TO BE SINGLE. He sang on the cast album, but was stricken with AIDS in 1992 and passed away at the age of 33. This CD is culled from the only known recorded show he did that Brian shot on video tape (and later transferred for this recording) plus 4 songs he recorded with Brian in the studio.
click here to hear samples & order 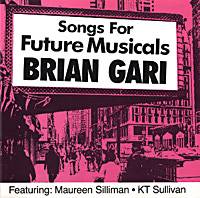 Songs For Future Musicals
This is Brian's first recording on his own. It features unused songs for Late Nite Comic, four songs intended for a musical about his grandfather, Eddie Cantor, three songs for a musical based on his childhood as well as a cult favorite entitled THE CALIFORNIA DREAM.
click here to hear samples & order 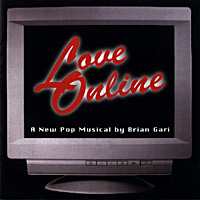 Love Online
How appropriate to have this CD available here. It is Brian's true story about a romance that developed online.
Reviews
click here to hear samples & order 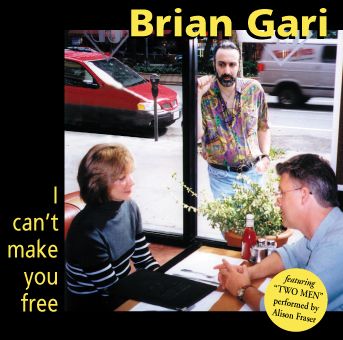 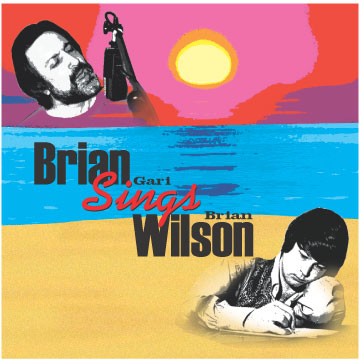 Brian Sings Wilson
This was 35 years in the making. Brian's great love for Brian Wilson and his music is more than evident in this amazing salute to the music of Brian & the Beach Boys. It features rare songs by Mr. Wilson and kudos from Wilson's collaborators, Van Dyke Parks & Tony Asher.
Reviews and Photos
click here to hear samples & order 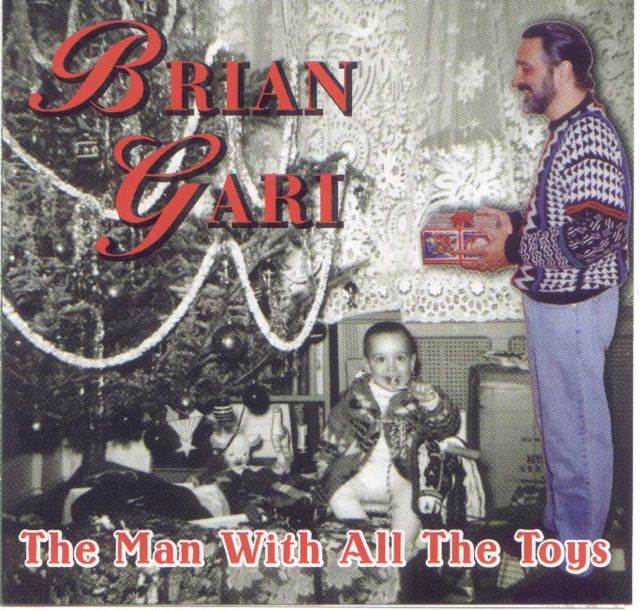 For Christmas! The Man With All the Toys
Hear Brian do 7 of his own songs plus three from Brian Wilson, one from Bucky Wilkin (Ronny & the Daytonas) and one previously unreleased song from Don Ciccone (Critters/4 Seasons)
"I love it!"...Stephen McParland/California Music Magazine/Beach Boys Australia
click here to hear samples & order 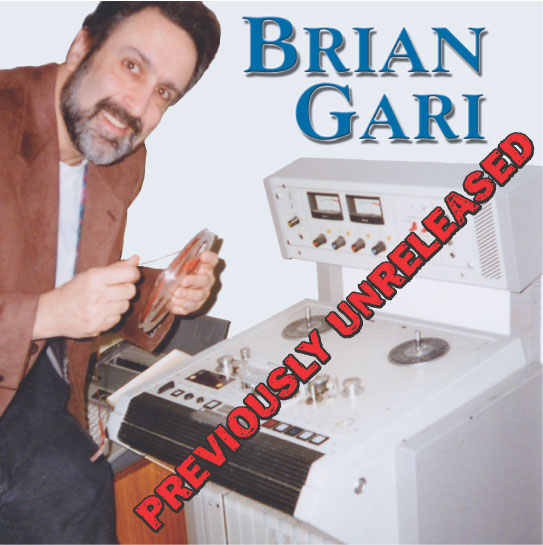 Previously Unreleased
Brian Gari has been gaining a great deal of recognition of late with his salute to Brian Wilson and his Brian Sings Wilson CD. His new album is a collection of songs recorded over the past 15 years, but never before released. The songs certainly have the Brian Wilson influence, but also shows his love for the British recordings of the 60s with his collaboration on a song with British hit songwriter Mitch Murray (remember HOW DO YOU DO IT?, I LIKE IT, I'M TELLING YOU NOW?) There is also a very touching tribute to a victim of 9/11. It also includes the lyrics to all the songs.
click here to hear samples & order

New In New York--The Songs of Brian Gari
Here is the new CD with songs by Brian Gari and produced and arranged by Gari and Jeff Olmsted!
click here to hear samples & order 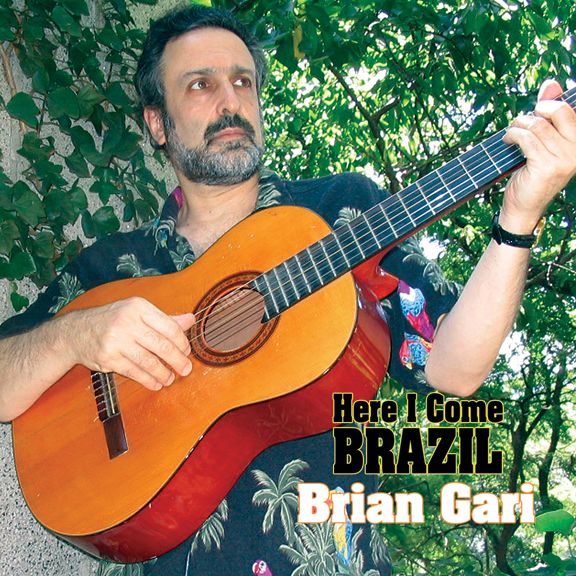 Here I Come Brazil
With a nod to Brazilian great Joao Gilberto and the legendary Kenny Rankin, Brian brings the sound of Brazil to his pop flavored music. With songs by Brian as well as former Critter Don Ciccone, this CD is the perfect album to play in the car or by candlelight.
click here to hear samples & order

Brian Gari Sings Roger Nichols & Paul Williams
From the pens of the guys who wrote some of the biggest hits of the 70s (WE'VE ONLY JUST BEGUN, RAINY DAYS & MONDAYS), Brian takes some of the team's greatest songs and wraps them around those Brian Wilson harmonies. It's like the return of ROGER NICHOLS & THE SMALL CIRCLE OF FRIENDS. In fact, Roger himself oversaw the entire project!
click here to hear samples & order 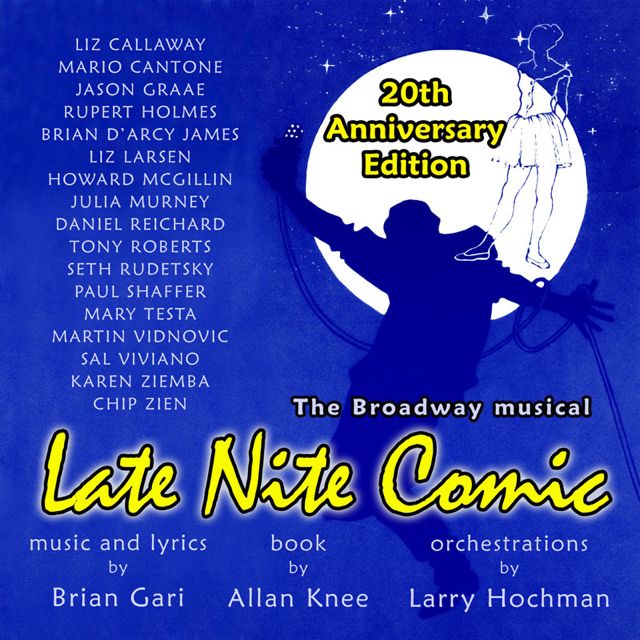