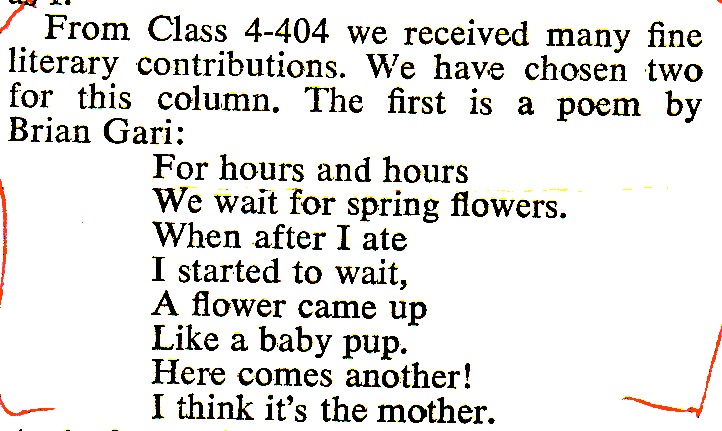 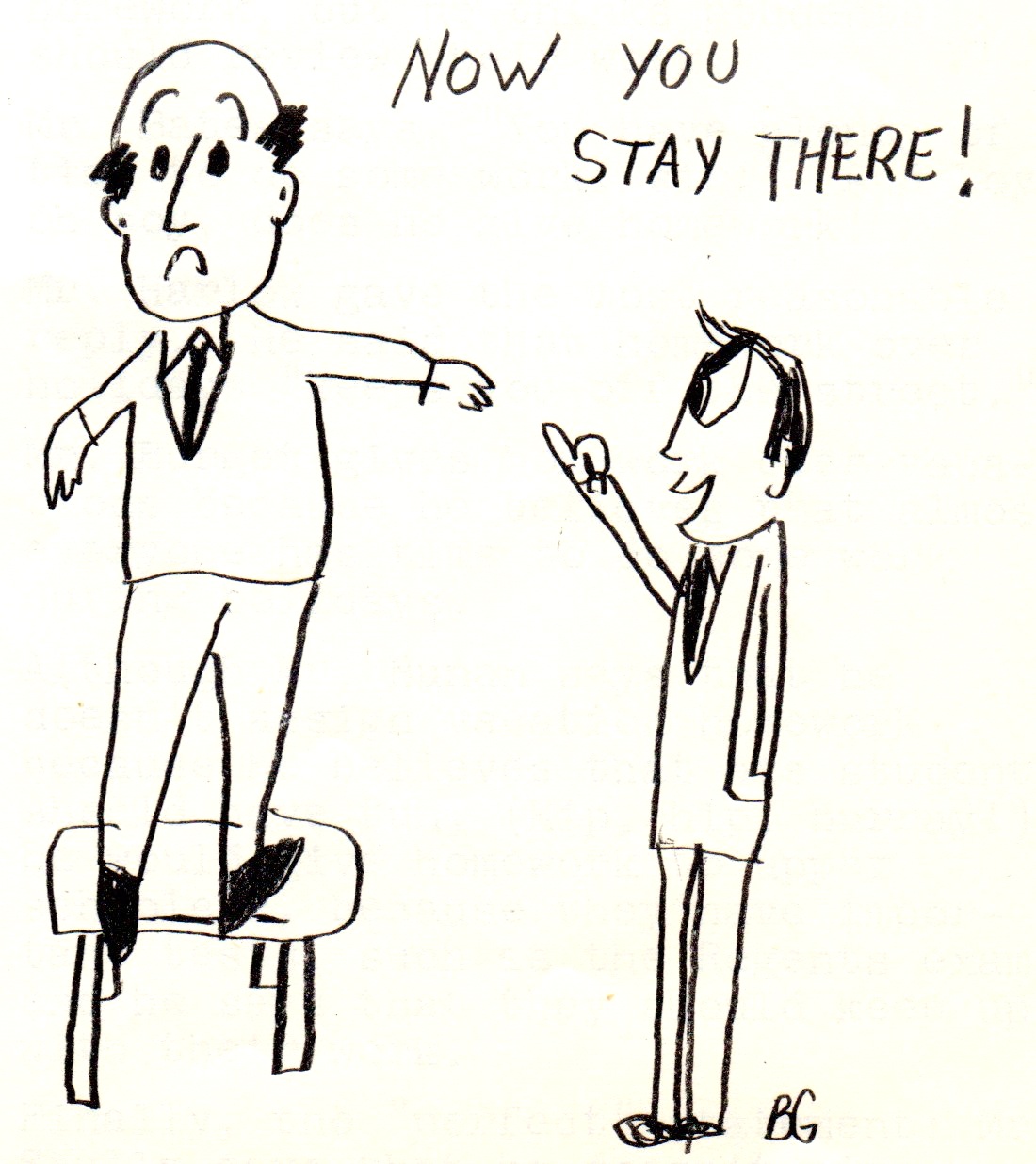 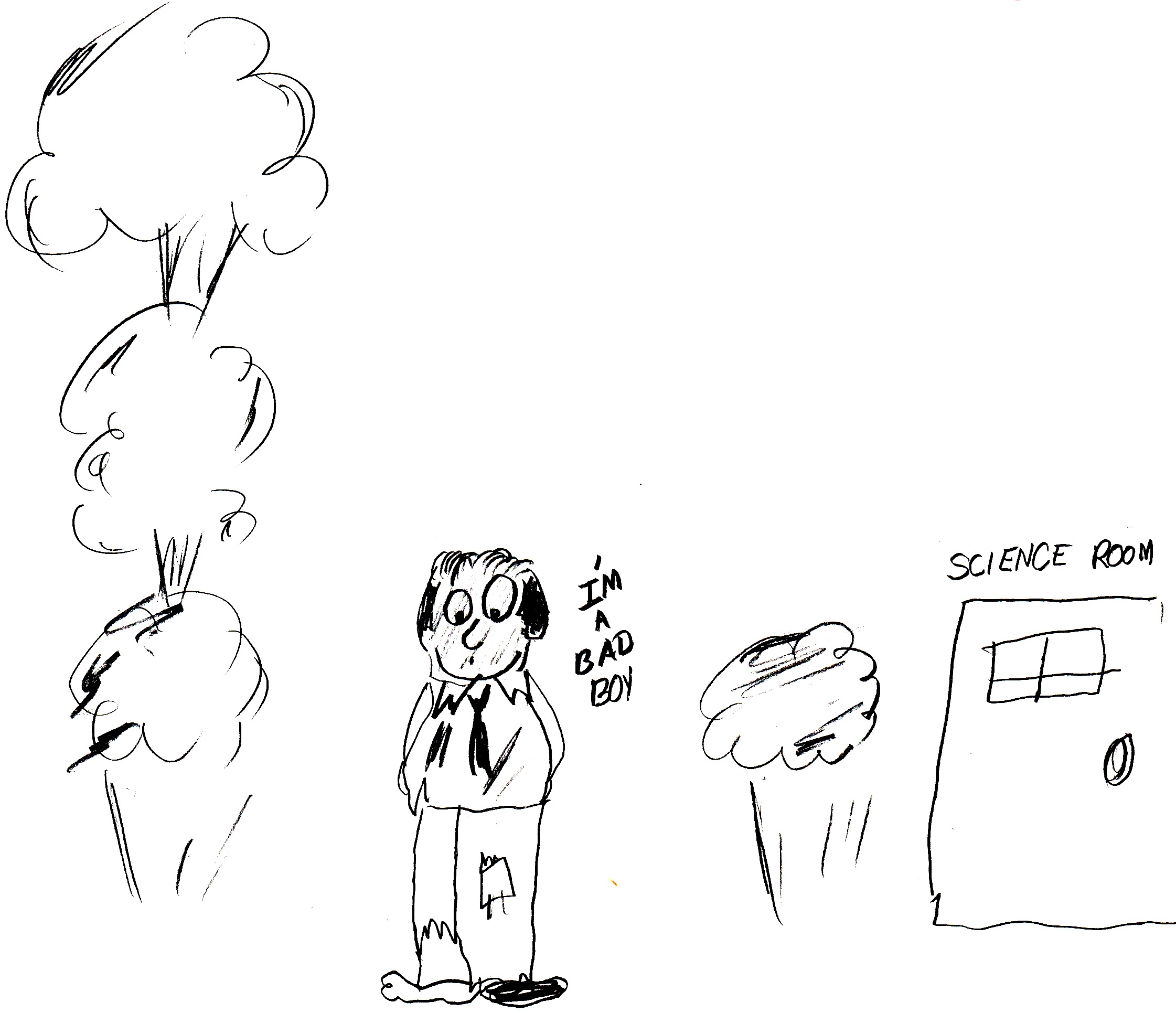 Caricatures I drew of my teachers for the McBurney School newsletter (note: Gene Dingenary, pictured in the first, went on to establish Footlight Records)
The middle one of a man standing on the desk with one foot in the air was a depiction of the sadistic punishments another teacher inflicted on us (1965)

With mostly bad grades, the teacher blamed it on my love of rock & roll. At least I was good at typing! (1966)

Knowing I was going to fail the test anyway, I answered question 4 with a history of the Domain record label when I saw that word in the test.
The teacher, Marc Schwartz, was not amused. (1967)

The teacher that issued this to me wanted to have an affair with me 30 years later...I declined! (1968)

A writing sample to get into college (where I never went). Note the reference to recording artist Brute Force! (1968)

My high school graduation with caricature of me supplied by my father (catch James Earl Jones' signature on the diploma!) (1969)